The time has come for a towns renewal task force – that was the message from Plaid Cymru's Adam Price and MP Jonathan Edwards this weekend who said Carmarthenshire's towns need urgent support to transform them back into the "vibrant hubs of the community they always were."

Former MP Mr Price said the catalyst for his call was witnessing the closure of local businesses and the discussions he had had with business on the campaign trail.

He praised the recent announcement of a £2million Rural Enterprise Fund from the new Plaid Cymru-led County Council administration but said we were witnessing a "fundamental shift in shopping habits" and that a business as usual approach nationally was "no longer an option".

County Councillors representing rural areas across Carmarthenshire already meet several times a year to discuss the challenges faced by rural communities. Mr Price has this week written to the leader of the County Council suggesting such a forum is perhaps opened up to local businesses and chambers of trade in order for a task force to take urgent action. 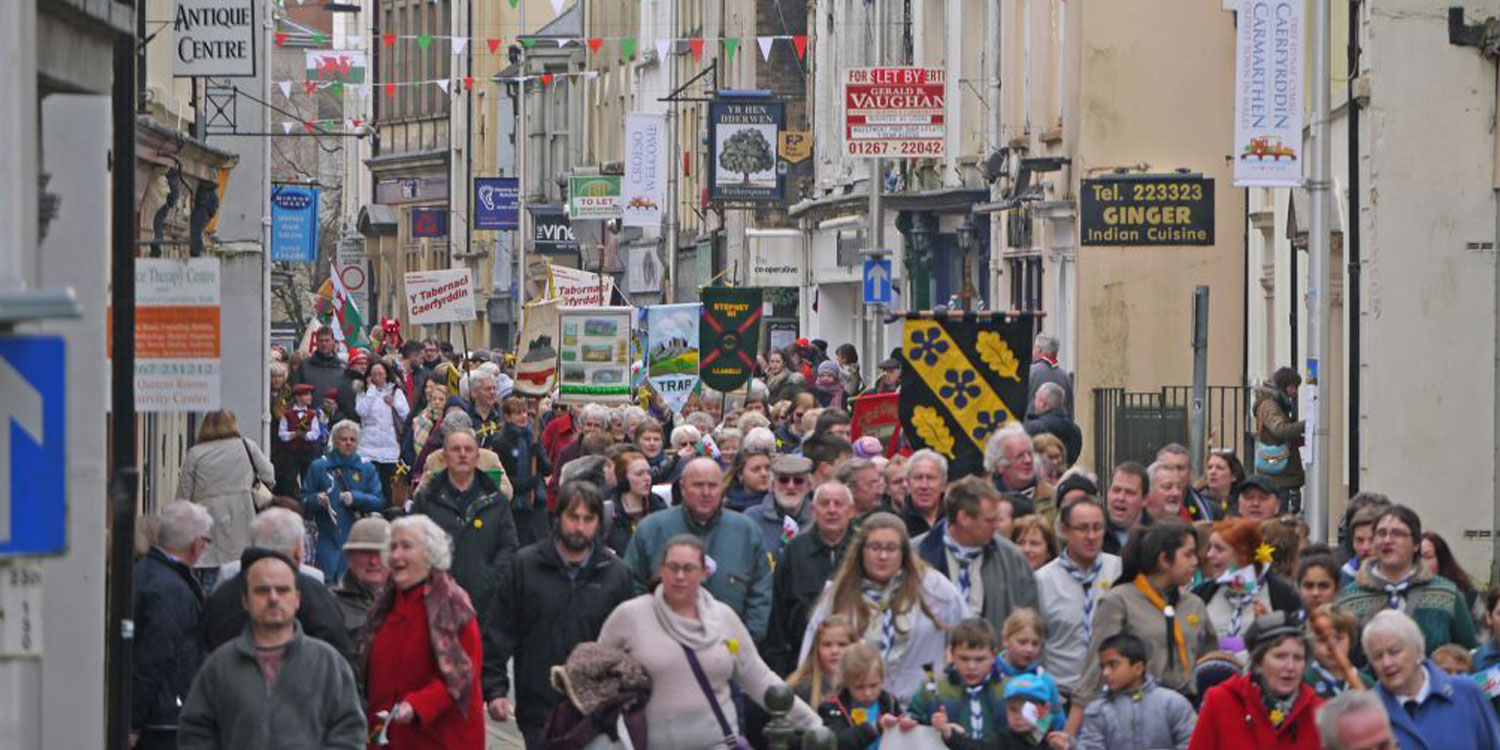 Member of Parliament Jonathan Edwards supported the call, saying that everyone needs to work towards an agreed plan for action for our towns. He said short term measures such as car parking charges can make a difference, but said a longer term vision was needed.

"Having met countless business owners on the campaign trail I believe the time has come for a towns renewal task force – not a talking shop, but a forum which brings together the tools of council, businesses and the respective chambers of trade to agree on how we can safeguard the future of our small towns.

"In what is a major intervention for our towns, the new Plaid Cymru-led Council administration has recently announced a £2million Rural Enterprise Fund. This is fantastic news and will undoubtedly be a shot in the arm to many businesses.

"But what we're witnessing is a fundamental shift in shopping habits. When people can do their shopping on their mobile phone or tablet computer without leaving the house, doing things as we've always done is no longer an option.

"One in every seven shops in Wales is empty. This is a higher rate than both England and Scotland and, as we're witnessing, is a more acute concern in rural areas.

"Our first priority should be to stop the decline and support existing stores to keep their doors open - Plaid Cymru's business rate relief changes could be a significant boost in this respect. Then we need to reach an agreed programme of steps we should take to safeguard our towns and transform them back into the vibrant hubs of the community they always were.

"I have written to the County Council Leader this week to seek urgent consideration of this idea and get businesses around the table as quickly as possible."

"There is a package of measures which can be taken in the short term. We have been pushing for several years to see a change business rate thresholds to take thousands of small firms out of paying rates altogether.

"Under Plaid Cymru's proposals hundreds of businesses in Carmarthenshire would receive 100% rate relief. The Welsh Government already has the power to do this now, but it has regrettably failed to take any action.

"Then, of course, there is the need to be creative with car parking charges and offer free parking. But with councils across Wales having their budgets slashed by the Welsh Government, they need additional financial support themselves to do that.

"With such a profound shift in the way we shop, as well as the short term actions we need to have a longer term vision for our towns, and a task force that helps make our communities and businesses more sustainable.

"As an elected member, I will do what I can to lobby both the Welsh and UK Governments in support of that vision. But I'm convinced that everyone needs to pull in the same direction if we are to secure the renewal of our towns. A task force can be a good mechanism for getting things done."