Due to severe budget cuts from the Labour Welsh Government, the Fire Authority is being forced to save over £4million in the next few years.

Proposals presented this month to the Fire Authority include a series of options for the service to make the savings imposed. One of these options - although not yet decided - is to downgrade Ammanford Fire Station from a full time station to one in which firefighters work part-time. 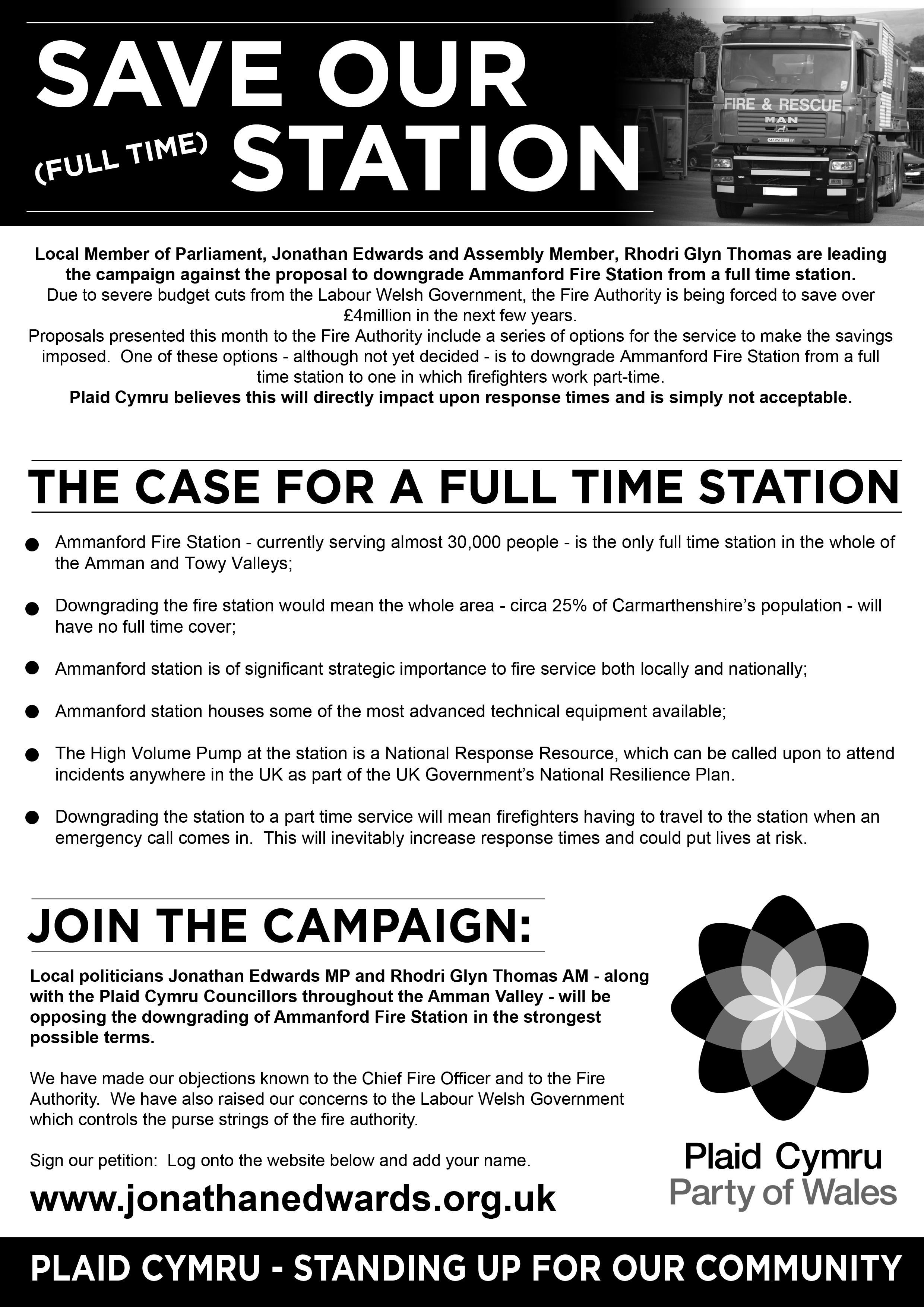