Plaid Cymru Assembly Member Rhodri Glyn Thomas has reacted angrily to the announcement by the National Police Air Service (NPAS) that Dyfed Powys police helicopter will soon cease to operate from its Pembrey base. 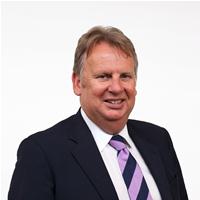 Plans had been published as far back a 2012 to replace the police helicopter with a fixed-wing aircraft. However in November 2014 Police Commissioner Christopher Salmon announced he had secured the future of the helicopter and that it would continue to be based at Pembrey. Giving the announcement a cautious welcome, Plaid Cymru AM Rhodri Glyn Thomas asked for further assurances over the operational independence of the helicopter.

The operational decisions will no longer be undertaken by our local force and there appears to be no safeguards to prevent NPAS removing its helicopter whenever it wants in the future.... I'm sure local residents will require further assurances that there is long-term commitment to this location", Mr Thomas said at the time.

In a move that justifies the caution expressed by the Carmarthenshire AM, NPAS has announced its intention to cease the police helicopter operating at Pembrey from New Year's Day 2016.

"Just three months ago the Police Commissioner announced with great fanfare than he had secured the future of the helicopter in Pembrey. At the time I went on record questioning the decision as I believed the specific deal meant the operational independence of the helicopter was compromised. It gives me no pleasure in saying I have been proven right.

"By handing over the keys of our local helicopter, the Police Commissioner will have undermined the capabilities of our local force and has treated the people he is supposed to represent as second class. He has completely failed the residents of Dyfed Powys.

"This matter ultimately boils down to the Commissioner's Tory and Lib Dem colleagues in Westminster who have savaged the budget of police forces around the country.

"Plaid Cymru has always maintained that the role of Police Commissioner is a waste of money and should be scrapped. With his reckless decision to hand over our helicopter the Commissioner has made the case for scrapping his role himself."