Farming and the wider agricultural industry was the first order of business for Carmarthenshire and Ceredigion Members of Parliament, Jonathan Edwards and Ben Lake, as they headed to parliament last week.

The Plaid Cymru MPs discussed the challenges and opportunities of Brexit with representatives of the National Farmers Union (NFU) who were hosting a reception event at the Commons last week.

Ahead of the State Opening of Parliament Mr Edwards and Mr Lake discussed how the UK exported nearly £14billion worth of food and non-alcholic drinks last year, with 71.4% of those exports going to the EU markets.

The NFU has set out a series of policy priorities ahead of the UK Government's negotiations with the European Union centred around trade, domestic agricultural policy, labour and workforce, and regulation.

Both Jonathan Edwards and Ben Lake said they would be ensure the voice of west Wales farmers is heard loud and clear in parliament.

"In many respects the challenges facing our agricultural industry such as trade, exports and tariffs, are the same challenges which face many industries across Wales. But it's fair to say agriculture has particular needs which need to be addressed ahead of our withdrawal from the European Union if we're to realise and maximise the opportunities available for the industry.

"As the NFU states, farming delivers a safe, affordable and trusted domestic supply of food. Without this domestic production we would undermine our food security, relying on imports produced to different environmental and welfare standards and under food safety systems over which we have no control.

"It is incumbent upon us, as elected members, to ensure the voice of the Welsh agricultural industry is heard loud and clear in Westminster."

"I'm very proud to say that one of my first official meetings in Parliament was related to an industry so vital to my constituency.

"Farmers are responsible for the upkeep of over 70% of the UK landmass and provide jobs and drive rural growth both in food production and in diversified industries such as renewable energy and tourism. This is certainly representative of Ceredigion where farming, energy and tourism make up the backbone of our local economy.

"Over the coming weeks and months I look forward to working with the NFU, FUW and all those with an interest in agriculture to ensure the Plaid Cymru group of MPs can make the strongest possible representations to the UK Government as Brexit negotiations get underway." 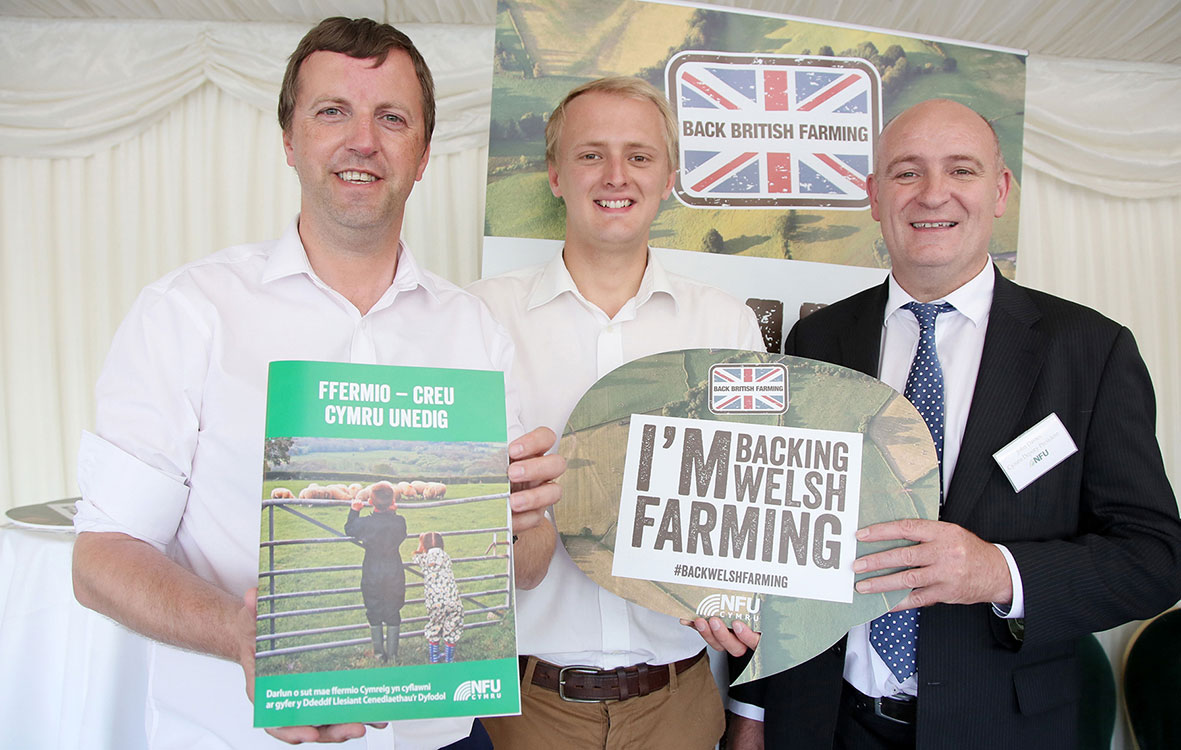