MP seeks significant changes to the Bank of England

Local Member of Parliament and Plaid Cymru's Treasury spokesman, Jonathan Edwards, will propose sweeping changes to the Bank of England in a House of Commons debate today (Monday 1st February).

The Bank of England & Financial Services Bill will receive its second reading in Parliament today where Jonathan Edwards will be calling for the Bank of England to change its name to the 'Sterling Central Bank', for the bank to also be accountable to the National Assembly for Wales, and for Welsh bank notes to be produced – moves which he says would demonstrate that "fiscal and economic policy is no longer the preserve of Westminster."

In his contribution to the Commons, Mr Edwards will note how the Bank of England was created in 1694 – before the British state was constructed. He will argue that the governance and accountability of the Central Bank should reflect the new devolved political structures of the UK whereby national governments are responsible for more fiscal powers.

With monetary policy and interest rate decisions impacting across the whole of the UK, Mr Edwards says the Central Bank Governor should be accountable to the economic committees of devolved parliaments.

To accompany these changes the Plaid Cymru MP will propose that Lloyds Banking Group, which holds the rights for the Bank of Wales brand and is in part publicly-owned, "should be given the right to issue Welsh banknotes in the same way as is permitted for the three clearing banks in Scotland and the four in Northern Ireland". Such an outcome, Jonathan Edwards says, "would come as a much welcomed boost to Wales' national character, her recognition as an equal nation and as an economic entity." 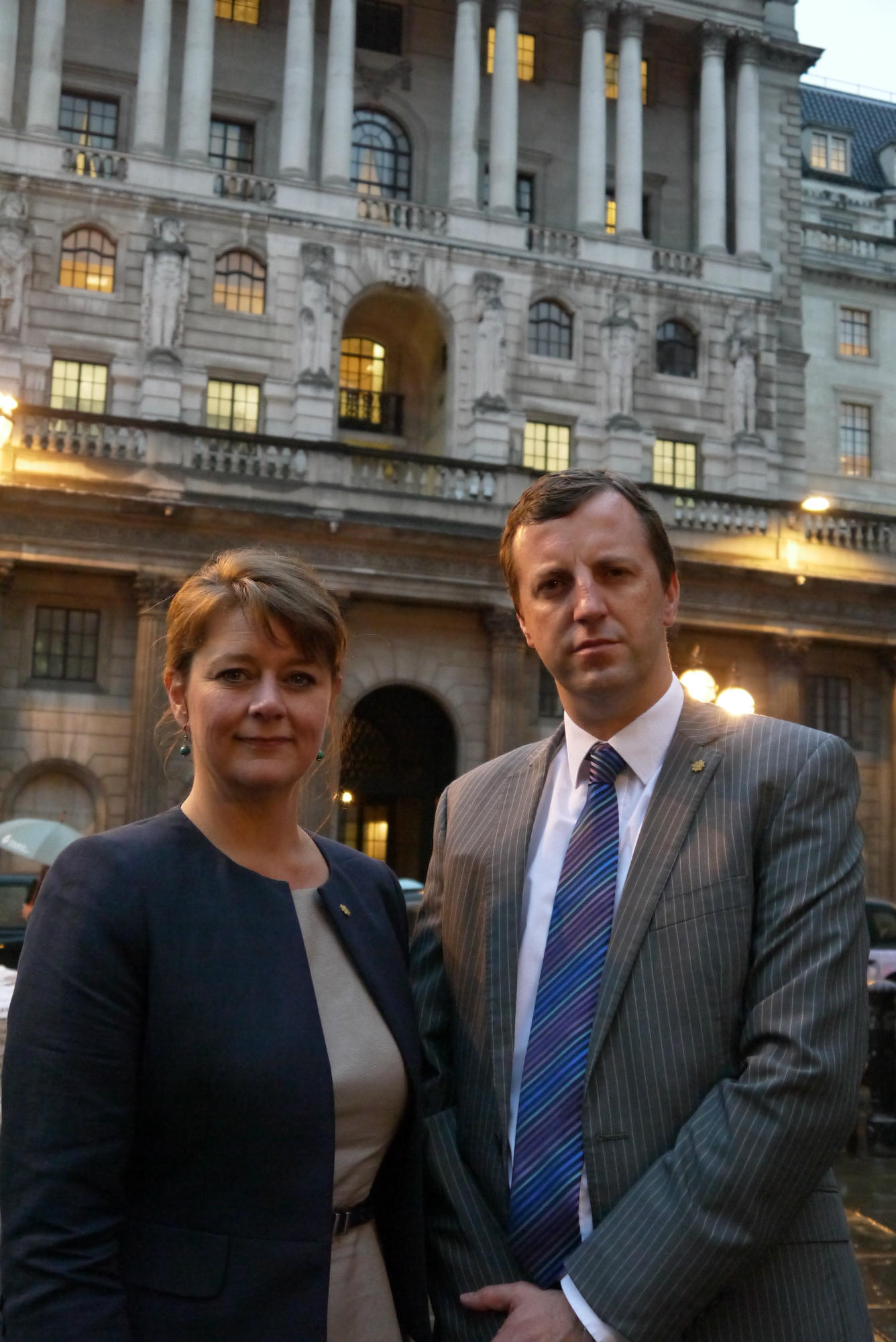 Speaking ahead of his contribution in the Commons, Jonathan Edwards MP said:

"Monday's debate on the Government's proposals to alter the governance and structure of the Bank of England – the UK's central bank – offers a perfect opportunity to reiterate Plaid Cymru's position on matters relating to the Bank.

"For many years, people in Wales have been pleasantly surprised on visiting Scotland or Northern Ireland that they are perfectly able to issue and use their own sterling banknotes, only to question why it is we in Wales are overlooked. We are wedged together with England in this regard and denied an opportunity to be treated as an equal nation within the UK.

"Sterling Welsh banknotes underpinned by the Central Bank would put us on an equal footing with the other nations and normalise the situation. It would also enable us to have our own historical, cultural and sporting figures represented on our banknotes.

"If Scotland and Northern Ireland can do it, there should be no reason why Wales cannot. I will be speaking on this issue when the Bill comes before the House of Commons and aim to table amendments at the appropriate time."

"Ideally, the government should be bringing forward its own proposals. I cannot believe that in the post-devolution 21st century, Wales is denied this basic equal treatment.

"I also aim to amend the Bill so that the Bank of England's governance, democratic accountability and its name is modified to reflect the reality of economic & financial devolution within the UK.

"The Bank of England's name should be modified to reflect its status as the central bank for all the nations. A much better name would be 'Sterling Central Bank' to reflect our shared currency.

"Another crucial modification to the Bank's governance – and to reflect the reality of economic and financial devolution within the UK – would be to extend the Bank's democratic accountability to include not just the UK Parliament, but also the devolved governments & Parliaments of the nations.

"Just as the Bank's top brass appear before Parliament to justify their decisions on interest rates and monetary policy, so they should appear before the devolved Parliaments.

"Wales should also have a nomination on the monetary policy committee which decides interest rates that crucially affect the wider UK economy from mortgages to business lending. Too often decisions are made in London without a thought for Wales or the other nations."