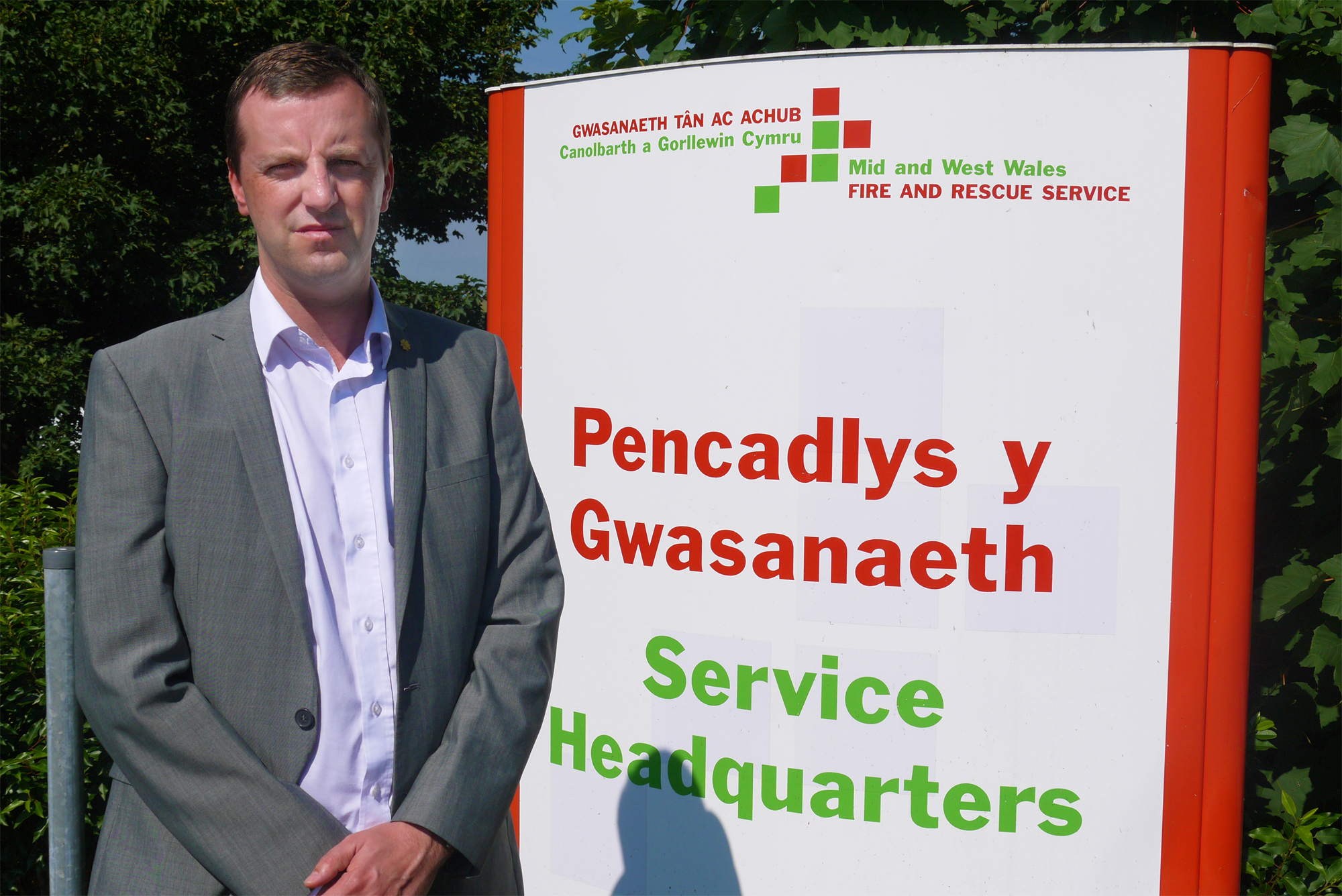 Plaid Cymru MP for Carmarthen East and Dinefwr, Jonathan Edwards, has called on the Labour Welsh Government to designate the Fire and Rescue Service in Wales as a ‘protected service’ in order to safeguard the service from devastating budget cuts.

Mr Edwards made the call following a frank meeting with the Chief Fire Officer of Mid and West Wales Fire Service, Mr Chris Davies, who informed the local MP that the Authority faced the prospect of a 10% budget cut this year if the six county councils of mid and west Wales passed on their expected cuts to the fire service.

Mr Edwards warned that cuts of that severity would lead to wholesale station closures and decimate the service as currently structured with inevitable concerns about the effectiveness of the service.

Mr Edwards says that granting fire services ‘protected’ status would preserve the budgets of fire services in cash terms meaning that Authorities would only have to consider inflationary pressures on their Budget. This would still require cuts of over a £1m pounds for the next financial year but will mean no downgrading of front-line services.

Mid and West Wales Fire and Rescue Service has already made savings of £6.4m between 2005 and 2014. But this

The Minister for Local Government – Labour’s Lesley Griffith AM – last month informed county councils that they could face up to a 4.5 per cent cut in their budget next year which, if passed on, would result in a £3.2m cut from the fire service – around 10 per cent of its complete operating budget.

“Fire Authorities have a unique funding mechanism in which it can demand its preferred budget from local authorities. Historically, though, the fire authority has accepted the average budget increase or average decrease of all 6 county councils budgets.

“County Councils are already facing unprecedented cuts, but worryingly the Labour Welsh Government is warning that councils could face an additional cut of 4.5 per cent next year. If this is passed on to the fire authority it will equate to a loss of almost 10 per cent of the authority’s annual budget. The Chief Fire Officer told me in no uncertain terms that this will certainly affect services in our communities and decimate the service as it is currently structured.

“In recent months, Rhodri Glyn Thomas and I lead the community campaign to preserve front line services at Ammanford and Pontyates fire stations. Continued threats to services are inevitable unless there is some certainty in the way fire services are funded. This is why I have led a national campaign aimed at encouraging the Labour Government to implement a strategic plan.

“I am very grateful to the new Chief Fire Officer for meeting with me and outlining the budget scenario for the next financial year. To put it bluntly some of the scenarios are frightening. Even the best case scenario would require substantial savings to be made. There is a very strong argument to have the fire service protected financially so that in turn our communities are properly protected.

“Local councils can’t continue to absorb these cuts, so we’re calling on the Labour Welsh Government to give our fire service a protected status as a first step to ensuring that budgets are preserved in cash terms.

“Fire services in mid and west Wales currently cost around £49 per annum for every person under its responsibility, or 13p a day. A little over an extra 1 pence per day per person would save all cuts in the service.

“There is clearly a debate that County Councillors need to have about the levels of council tax in the short term, however my message to them is that blindly passing on budget cuts to the fire authority would be irresponsible in the least and will put our communities at risk.”