Penybanc resident Mr Howard Francis has today been today awarded the Legion d’honneur in recognition of his role in the invasion of Normandy in 1944, by Jonathan Edwards MP at Glangwili hospital.

President Hollande announced on the 70th Anniversary of the D-Day invasion to award the Legion d’honneur, France’s most prestigious decoration, to all veterans who participated in the D-Day invasion which led to the liberation of France. Fighting in the campaign, Mr Howard Francis was injured on the 27th August 1944 during combat fighting for the Worcestershire Regiment.

The Legion d’honneur was established by Napoléon Bonaparte in 1802 and is the highest French order for military and civil merit.
Mr Francis Howard, who has been taken ill, and his family worked closely with Links, a Llanelli based charity that works closely with ex-service personnel across South West Wales, but were told that following a large number of requests there was a significant backlog in the distribution of the award.

Following a significant deterioration in Mr Howard Francis’ health, his family and Links contacted Jonathan Edwards MP, who made urgent representations to the Secretary of State for Defence, and the French Ambassador, Sylvie Bermann and within hours, the French embassy confirmed that the medal would be fast-tracked. 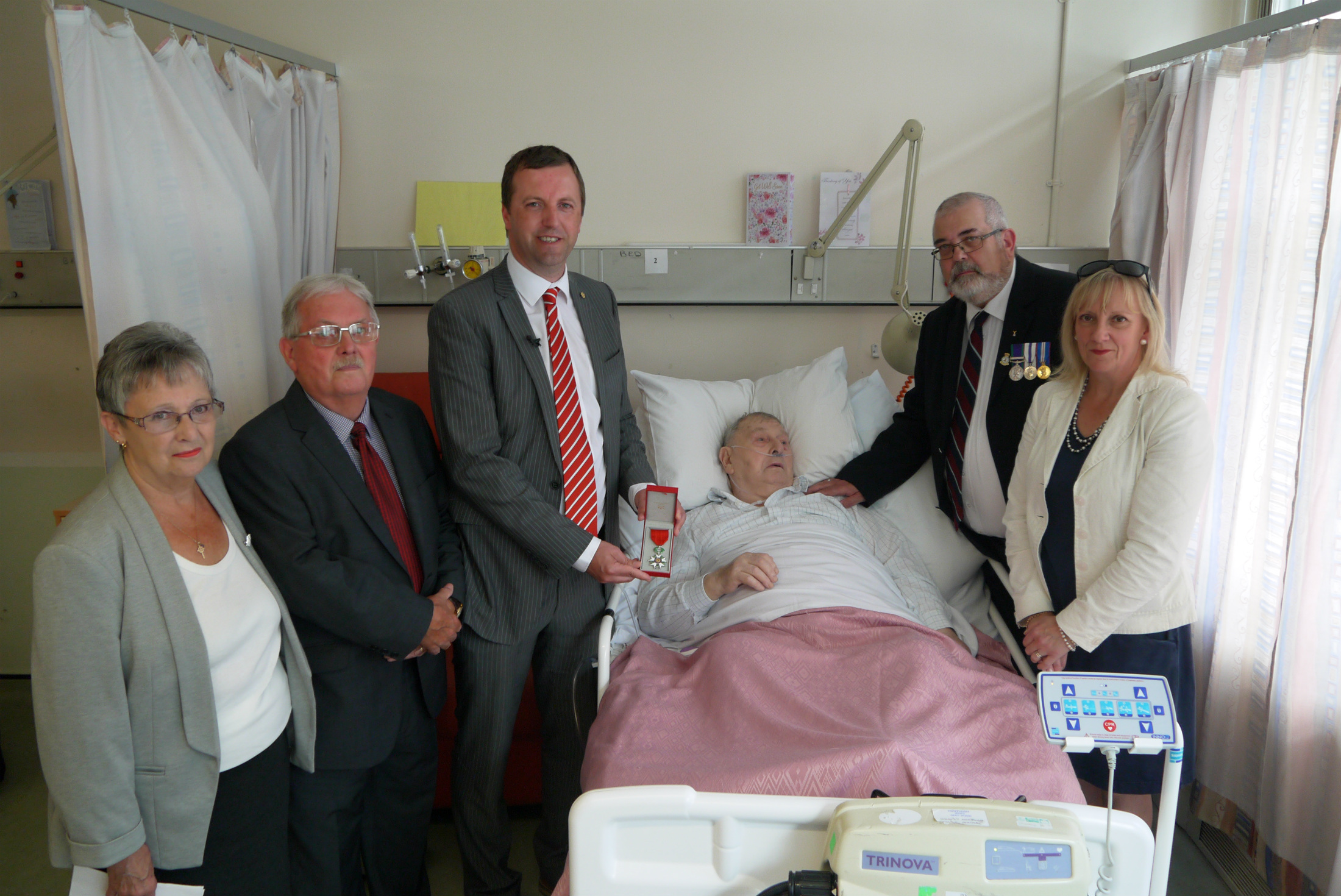 The family of Mr Francis requested that Jonathan Edwards MP kindly presented the Medal to their father during a stay at hospital. The small personal presentation took place on Monday 8th August on Towy Ward at West Wales General Hospital.

“It is an absolute honour to present Mr Francis with the Legion d’honneur, France’s highest decoration, in recognition of his role in D-Day as part of the liberation of France.

Links, a charity that works with ex-service personnel, added:

“LINKS has been running for over 20 years and currently works with 120 people throughout the county. One of the newer pieces of work is the service provided for veterans, funded by the Big Lottery, this service alone works with around 50 individuals through a variety of ways including NAAFI mornings, activities such as fishing and bowling plus they can access all the other services we offer.

“The veterans' service, Combined Forces, has just received a further award from the Big Lottery of £418,312 to further extend our services for veterans.

“We also have a buddy scheme including a telephone service for those members who are housebound or live in remote parts of the county and this is how we met Mr Francis who has been supported by LINKS volunteer Buddy Chris Hill.

“We are extremely grateful that Mr Francis has been able to receive this deserved honour and I am grateful for the help given by My Jonathan Edwards MP who ensured the medal's safe passage to Wales.”

“I offer you my warmest congratulations on this high honour in recognition of your acknowledged military engagement and your steadfast involvement in the Liberation of France during the Second World War.

“As we contemplate this Europe of peace, we must never forget the heroes like you, who came from Britain and the Commonwealth to begin the liberation of Europe by liberating France. We owe our freedom and security to your dedication, because you were ready to risk your life.”