Jonathan Edwards was born and rasied in the mining village of Capel Hendre near Ammanford. He attended Ysgol Gymraeg Rhydaman and Ysgol Gyfun Maes yr Yrfa before graduating in History and Politics at the University of Wales Aberystwyth and gaining a postgraduate degree in International History, specialising in the end of the Cold War. 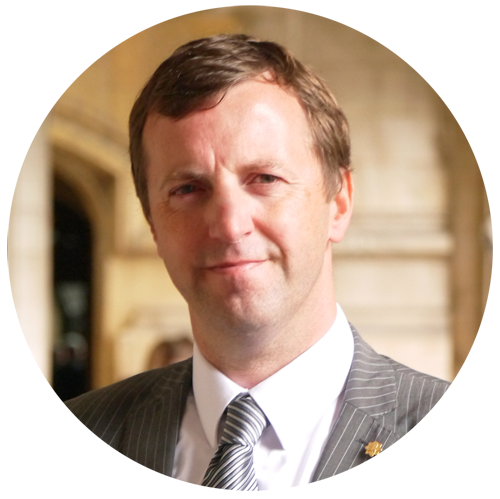 After completing his studies, Jonathan worked as Chief of Staff for Rhodri Glyn Thomas AM and Adam Price MP for 7 years, where he led on political matters for both elected members. He has a wide understanding of Parliamentary and National Assembly politics.

He is a former Carmarthen Councillor and was elected to the historical post of Town Sheriff.

In 2005 he was given responsibility for strategic matters within the party’s new National Campaigns Directorate. He is considered one of Plaid’s foremost strategic thinkers.

After the 2007 National Assembly election, Jonathan moved to work for Citizens Advice Cymru where he led on Public Affairs, Public Relations and Policy matters.

Jonathan was elected to Parliament in 2010 and increased his majority substantially in the 2015 General Election. In Westminster Jonathan covers the Treasury, Transport and Foreign Affairs portfolios.

He has a profound understanding of economic matters and has been a strong critic of the Westminster’s government economic policies. Described as “the Member for Wales”, Jonathan is a champion of the nation and seeks every possible opportunity to strengthen and enhance the powers available to the National Assembly.

Jonathan is married to Emma and has two children, Abby-Sara and Llywellyn Gruffydd. His main political interests include social justice and foreign affairs. His other interests include playing cricket for Penygroes and supporting Swansea City Football Club and the Scarlets.