Taking to Twitter on New Year’s Eve, the official account of helicopter support unit tweeted that “After 20+ illustrious years it is now time for X99 to bow out, can we thank everyone for their support and we wish you all a Happy New Year.”

In November the Police and Crime Commissioner, Christopher Salmon confirmed he would be signing-up the force to the centralised National Police Air Service (NPAS) which will see the force helicopter sold off, the Pembrey base used as a refuelling site, and response times for most of Carmarthenshire, Pembrokeshire and Ceredigion significantly increased. 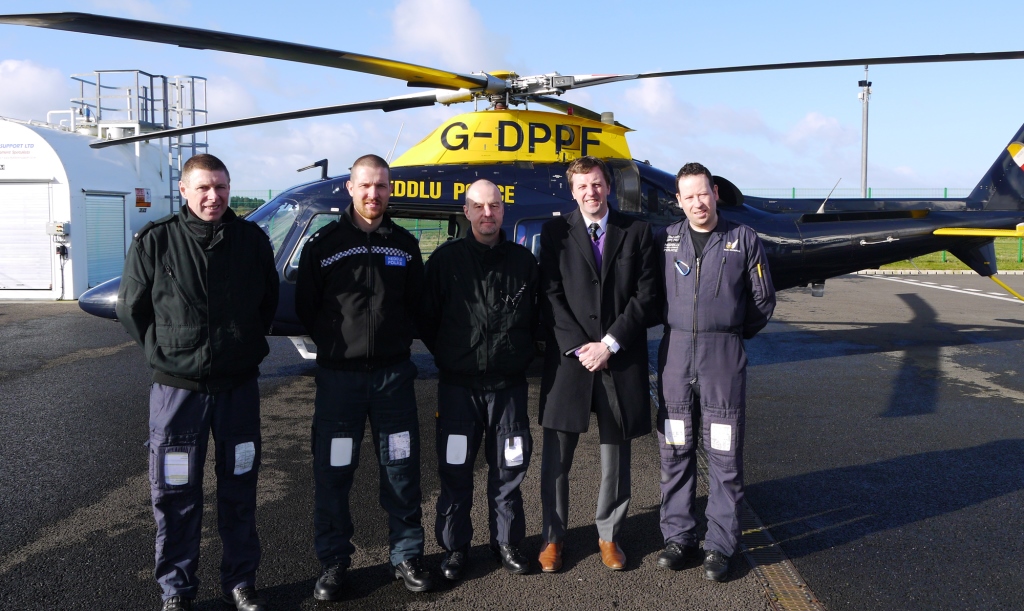 Carmarthen East and Dinefwr MP Jonathan Edwards, who has spearheaded the campaign to protect the helicopter, thanked crews past and present for their work in policing the skies of Dyfed Powys and said the Conservative Police and Crime Commissioner would “feel the profound anger” of residents if there is a single problem with the new centralised service in future.

“The previous UK Conservative and Lib Dem coalition government brought in the legislation that instructed police forces to share air support operations. It’s hardly surprising that Westminster’s dead hand of centralisation ignited the process by which our helicopter was lost.

“But the final nail in the coffin, as we all now know, was that the local Police Commissioner did not oppose the loss of our dedicated service. For the helicopter to have any chance of continuing it needed a Commissioner that was prepared to stand up to his own party colleagues and fight for it.

“All of those responsible for the helicopter hanger closing its doors for the last time should hang their heads in shame.

“On behalf of those who have opposed the helicopter loss I wish to state my heartfelt thanks to the crew and former crews for their sterling work in our skies.

“The last thing I want is for this to become a ‘lessons will be learnt’ or an ‘I told you so’ situation. I sincerely hope the new service will deliver the same level of support and operation we’ve experienced over the last 20 years.

“If it doesn’t, if there is a single problem, if just one request for helicopter cover is refused as has already been experienced in England, then the Police Commissioner will undoubtedly feel the profound anger of Dyfed Powys residents.”