The 50 year commemoration of the election of Plaid Cymru's first Member of Parliament, Gwynfor Evans, will start this week with a Parliamentary debate led by current Carmarthenshire MP Jonathan Edwards.

On a warm summer's night in Carmarthen in 1966, the face of British politics was changed forever. A huge crowd packed Guildhall Square to see Gwynfor Evans being returned as the first ever Plaid Cymru MP. It was a political earthquake, and not long afterwards the SNP won a seat in Scotland. The Carmarthen by-election on July 14th 1966 is seen by many as the political spark that fired the long journey to devolution in both countries.

Fifty years on, a bas-relief plaque to commemorate Gwynfor's historic achievement will be erected outside Carmarthen's Guildhall during a celebration on Saturday 16th July.

The 50 year commemoration will begin with MP Jonathan Edwards, who today represents the vast majority of Gwynfor Evans' original constituency, who will lead a debate in Westminster Hall on Tuesday 4th July to mark Mr Evans' contribution to Welsh politics. 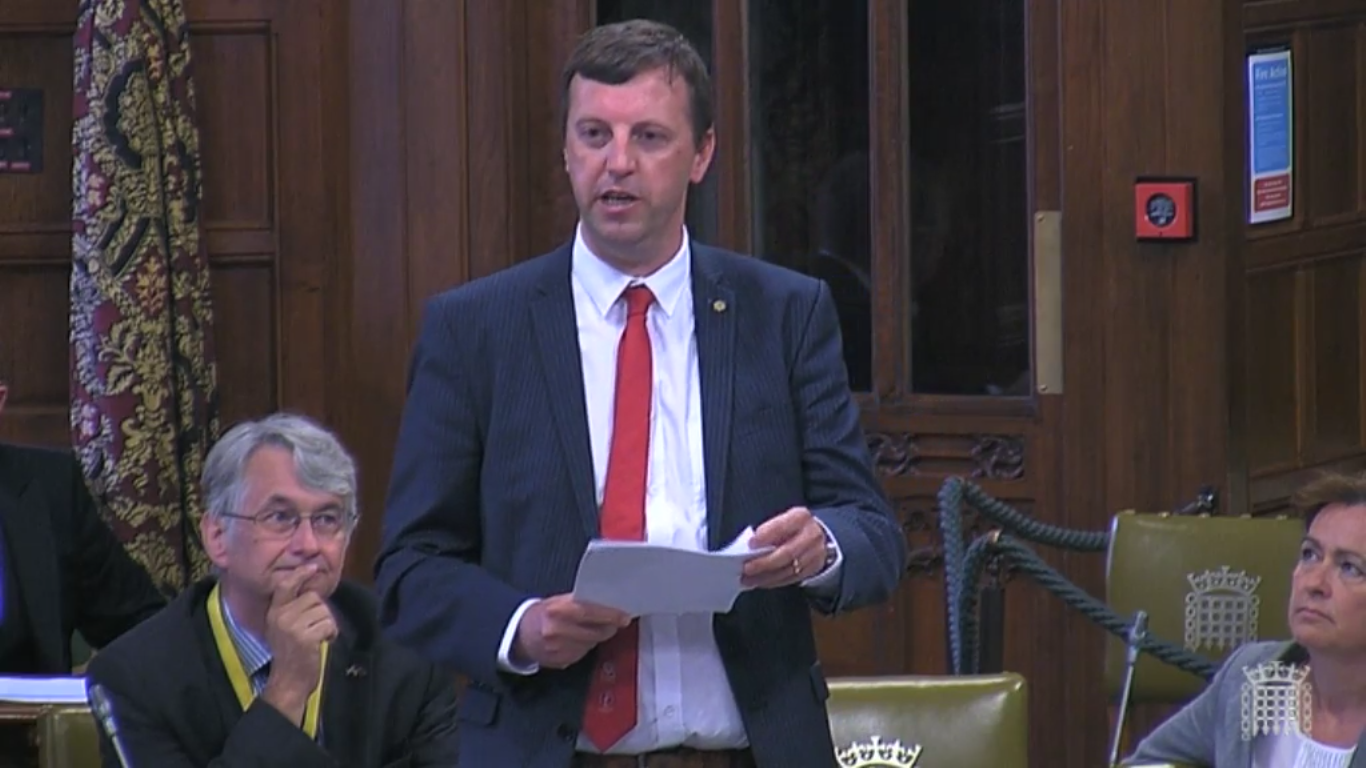 Constituency colleague Adam Price, Assembly Member and former MP for the Carmarthen East and Dinefwr constituency, will this week table a Statement of Opinion in the National Assembly for Wales for fellow AMs mark the contribution of Gwynfor Evans in establishing the institution.

"Gwynfor's legacy has been to inspire generations to the cause of our country. The admiration for Gwynfor across all political parties indicates his enormous contribution in creating the Wales we have today.

"Gwynfor's ambition for Wales was to secure self-government. His 1966 victory was the catalyst for Harold Wilson establishing a Royal Commission on the UK Constitution – a commission which recommended the establishment of legislative parliaments in Wales and Scotland.

"Whilst it was the votes of the Welsh people which ultimately delivered the National Assembly for Wales, there is no doubt that Gwynfor's election represented the beginning of the journey to political autonomy.

"One of his many notable achievements in Parliament was to challenge Prime Minister Margaret Thatcher to establish the Welsh language television channel S4C – a mammoth accomplishment which will be appreciated further as S4C prepares for its relocation to its Carmarthenshire home.

"I am delighted to have secured a debate in Parliament to commemorate the contribution of Gwynfor Evans to Welsh politics and Welsh nationhood. Gwynfor was known in parliament as the 'Member for Wales' – a recognition of his deep passion and commitment to Wales and her people, and a representation of his unwavering endeavour to always put Wales first."

"Gwynfor Evans was the founder of modern Welsh nationalism. His integrity, eloquence and commitment to the cause of Wales set an example to which all of us in Plaid Cymru try to aspire.

"His depth of commitment on issues such as nuclear disarmament, industrial democracy, social co-operation and international concord proved to be very difficult for many of his fellow MPs from Wales to handle. In many ways Gwynfor Evans was their conscience – something which Plaid elected members continue to provide to unionist politicians today.

"Gwynfor's election transformed the Welsh political landscape. He worked to see Wales as a responsible member of the international community, acknowledging the inter-dependence of nations – a topic which dominates Welsh politics today.

"It is an honour to have followed in his footsteps as an MP for Carmarthenshire and now an Assembly Member for his old constituency in the Welsh Parliament Gwynfor set out to establish.

"My Statement of Opinion is a small way in which members of that Welsh Parliament can demonstrate their recognition and appreciation of Gwynfor's contribution to Wales and Welsh politics."