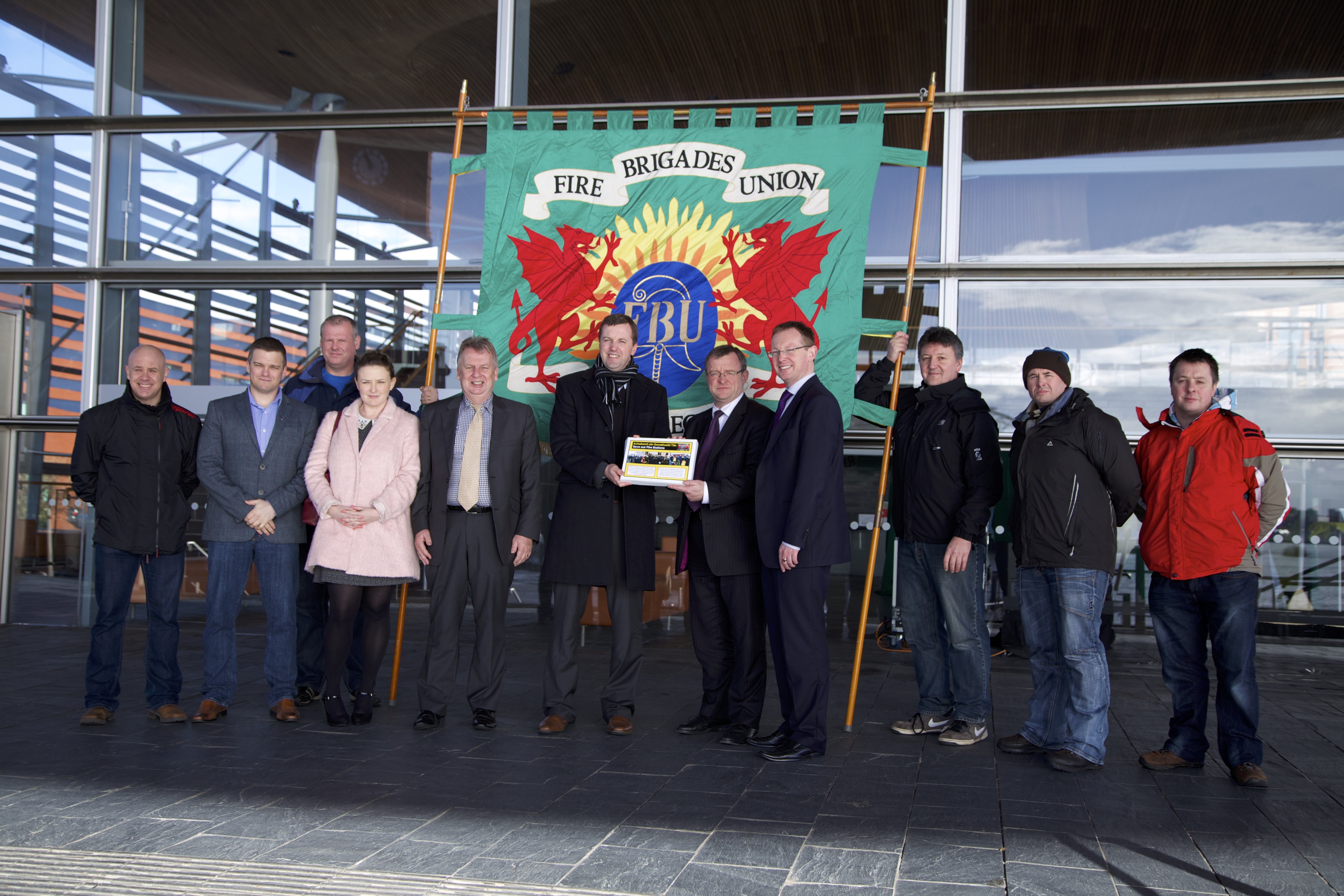 The campaign spearheaded by MP Jonathan Edwards to protect our fire stations was taken to the National Assembly for Wales this week.

His petition, which collected over 3,000 signatures (3,057) was handed to the Chair of the Assembly’s Petitions Committee on the steps of the Senedd in the presence of fire fighters from Ammanford station who had travelled to Cardiff to support the campaign.

When presenting the petition Jonathan Edwards told the committee Chair, William Powell AM, how the campaign had started to protect the fire stations in his Carmarthen East and Dinefwr constituency, but soon grew to be a national campaign as communities across Wales also found their local stations under threat.

He said that he hoped his petition would spark a national debate about the future of the fire and rescue service, how it is structured throughout Wales, and how it is also protected from severe budget cuts.

Speaking on the steps of the Senedd, Jonathan Edwards MP said:

“I’m pleased to be able to present this petition which has gathered fantastic support from Carmarthenshire residents, and communities throughout Wales.

“Everyone recognises the vital services our fire fighters provide, and have really come out to support their local station.

“By presenting this petition I hope the Assembly Committee will give great consideration to how the Welsh Government should look at protecting the service from severe budget cuts.

“I hope we can ignite a national debate about the future of the service and how it is structured throughout Wales.

“I look forward to the petition being discussed and hope to be called to the Committee very soon to discuss the campaign.”