It's time for real change - Adam Price at Conference

Former MP Adam Price and Plaid Cymru's Assembly Candidate for Carmarthen East and Dinefwr constituency was back on stage at the party's national conference in Aberystwyth this weekend, delivering a sobering account of the Labour party's record in the Welsh Government.

Closing the conference at Aberystwyth Arts Centre on Saturday afternoon Adam Price detailed a catalogue of Labour failures in each key area of responsibility - health, education and the economy - before issuing a rallying cry for a change of government next May. 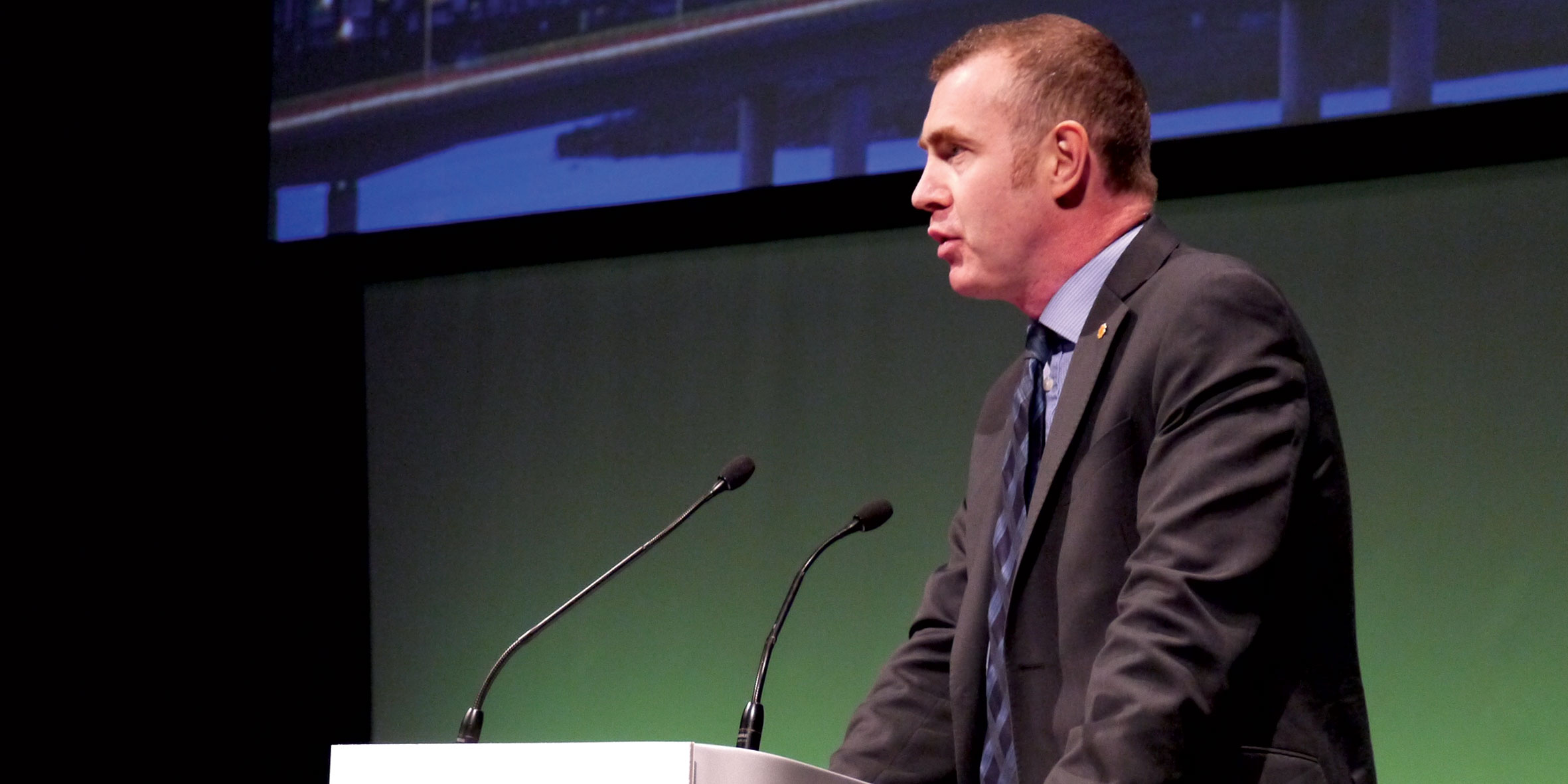 Turning his fire on the "lazy, amoral, unforgivable complacency" of the Labour establishment in Wales, Adam Price urged people to turn their apathy into anger and their anger into hope in order to deliver the change that Wales so desperately needs.

"Let's judge Labour by a yardstick that matters, those critical measures of wellbeing, how well we learn, live and earn.

"When Welsh Education Ministers talk about closing the attainment gap between England and Wales, remember this - the gap is a gap that they themselves created. The real under-achievers in Wales are not students or teachers, they are the Labour Party that has failed an entire generation of our young people.

"As the birthplace of the NHS, health is also an area in which we might have expected to excel. The picture here, however, is every bit as bad. The 'Gold Standard' in comparing health systems worldwide is 'avoidable deaths.'

"If Wales had kept pace in cutting preventable deaths in recent years with the region in England with the most similar health profile - the North East - then more than 800 people in Wales every year would avoid unnecessary, premature deaths with all the heartache that entails.

"NHS waiting times in Wales are a stain on a nation that has always put the weak and the vulnerable at the front of the queue.

"Turning to the economy, there is not much that needs to be said. Labour promised us in 1997 that there would be a devolution dividend. We have had the very opposite. Relative to the UK we are worse off now than we were then - down from 73.8% of UK average income in 1997 to 72.2% in 2013.

"It's important to remember that behind these statistics lies the human cost of reduced earnings, lower grades, shortened lives. It's difficult not to be angry. And yes, I want to turn apathy in Wales into anger. First into anger and then into hope.

"Nothing would shake up the lazy, amoral, unforgiveable complacency of our policy and political establishment more than these four simple words: First Minister Leanne Wood.