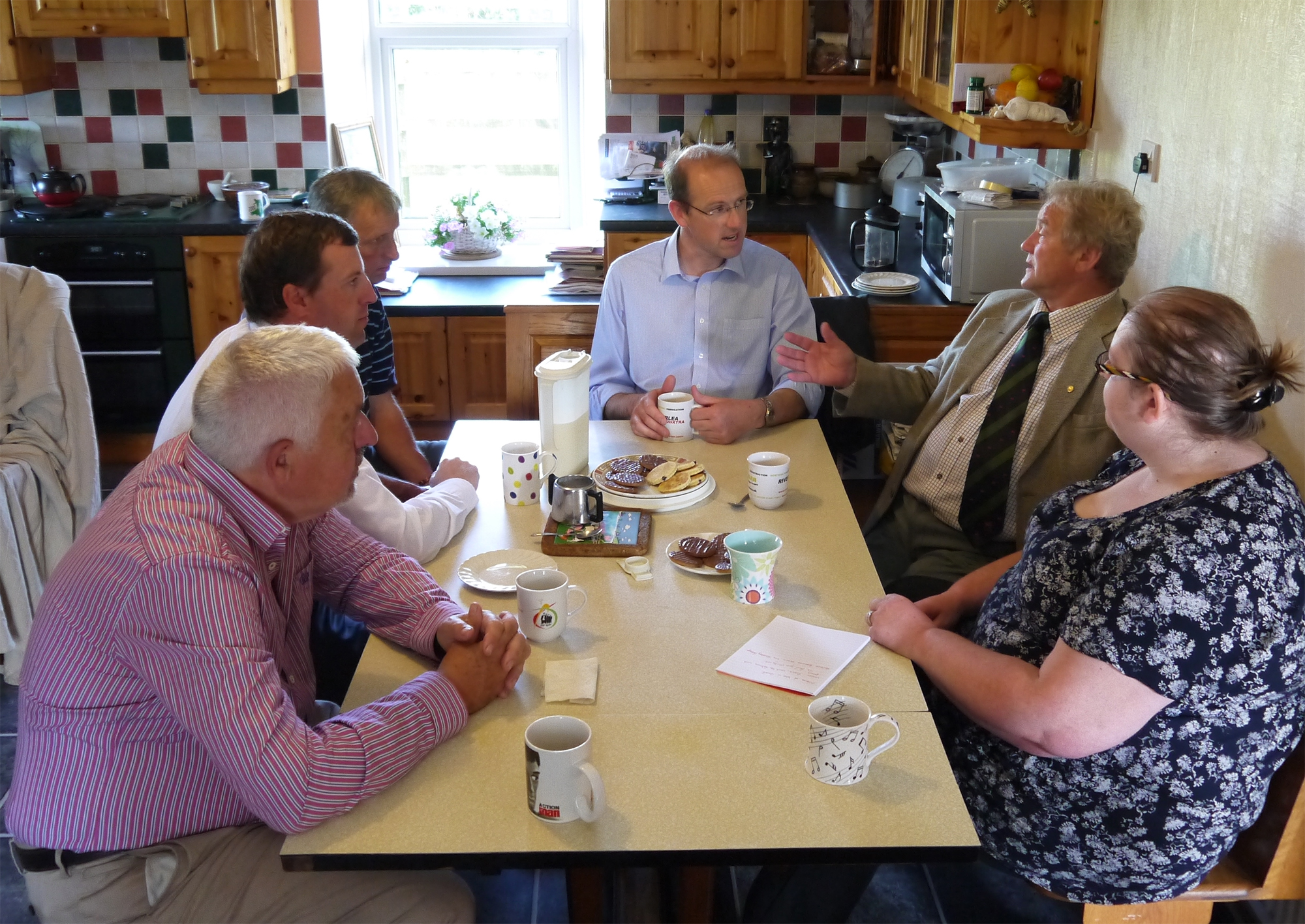 Local Plaid Cymru representatives have called on the Welsh Government to act in response to deepening difficulties in the milk sector.

The call from Plaid Cymru has come following a series of meetings with farming union representatives, a visit to the Dairy Development Centre in Gelli Aur earlier this month, and in response to how a supermarket price war and the Russian trade embargo is seeing global milk prices dropping.

Assembly Member Rhodri Glyn Thomas has previous led a debate in the National Assembly highlighting that the number of dairy farmers in Wales had fallen by over half (51.3%) since 1999. At the time the Plaid AM put forward a suggested package of support to assist the industry.

This week Mr Thomas and his constituency colleague Jonathan Edwards MP have once again put forward a series of suggested actions to support the Welsh industry as the milk crisis grows.

The suggestions from Plaid Cymru include:

Jonathan Edwards MP recently met with representatives of the FUW and local dairy farmers to discuss the milk crisis. He said the milk sector is of significant importance to Wales and contributes approximately 10 per cent of the UK’s total milk figure.

“Without any doubt we have an emerging milk crisis on our hands. Global prices are dropping with the Russian trade embargo making things considerably worse and in the domestic UK market supermarkets are in the midst of a price war which ultimately hits producers. Additionally, the end of milk quotas next year along with the push for increased milk production in Ireland will all impact prices here.

“Through our Shadow Agriculture Minister, Llyr Huws Griffiths AM, Plaid Cymru is advocating a number of ways in which the Welsh Government can support the industry. The promotion and marketing of Welsh milk – along the lines of Meat Promotion Wales - and encouraging greater local procurement are crucial. Sourcing local milk and dairy products will benefit everyone.

“Additionally we must ensure supermarkets also play their part and not use the price drop to increase their margins. Supermarkets made a promise to support the farming industry during the horse meat scandal. This is an opportunity to show they are true to their word.

“This is not a short term problem. The milk sector is of significant importance to Wales and contributes approximately 10 per cent of the UK’s total milk figure. The industry needs and deserves our full support. Plaid Cymru is most definitely on the side of the dairy industry at this time.”

Rhodri Glyn Thomas AM said the milk crisis would be the first real test of the new team of Ministers responsible for agriculture in Wales, and that there was room to strengthen the voluntary dairy code. He said:

“Plaid Cymru understands the need to strike a balance between protecting suppliers and allowing processors to be sufficiently responsive to the markets, the fact that 12 EU countries now provide for compulsory contracts suggests it should be considered again.

“This is the first test of the new team of Welsh Ministers responsible for agriculture. The dairy industry in Carmarthenshire and throughout Wales needs firm and swift action from the Welsh government. Plaid Cymru’s suggested package of support should be looked at as a way of supporting the industry.”